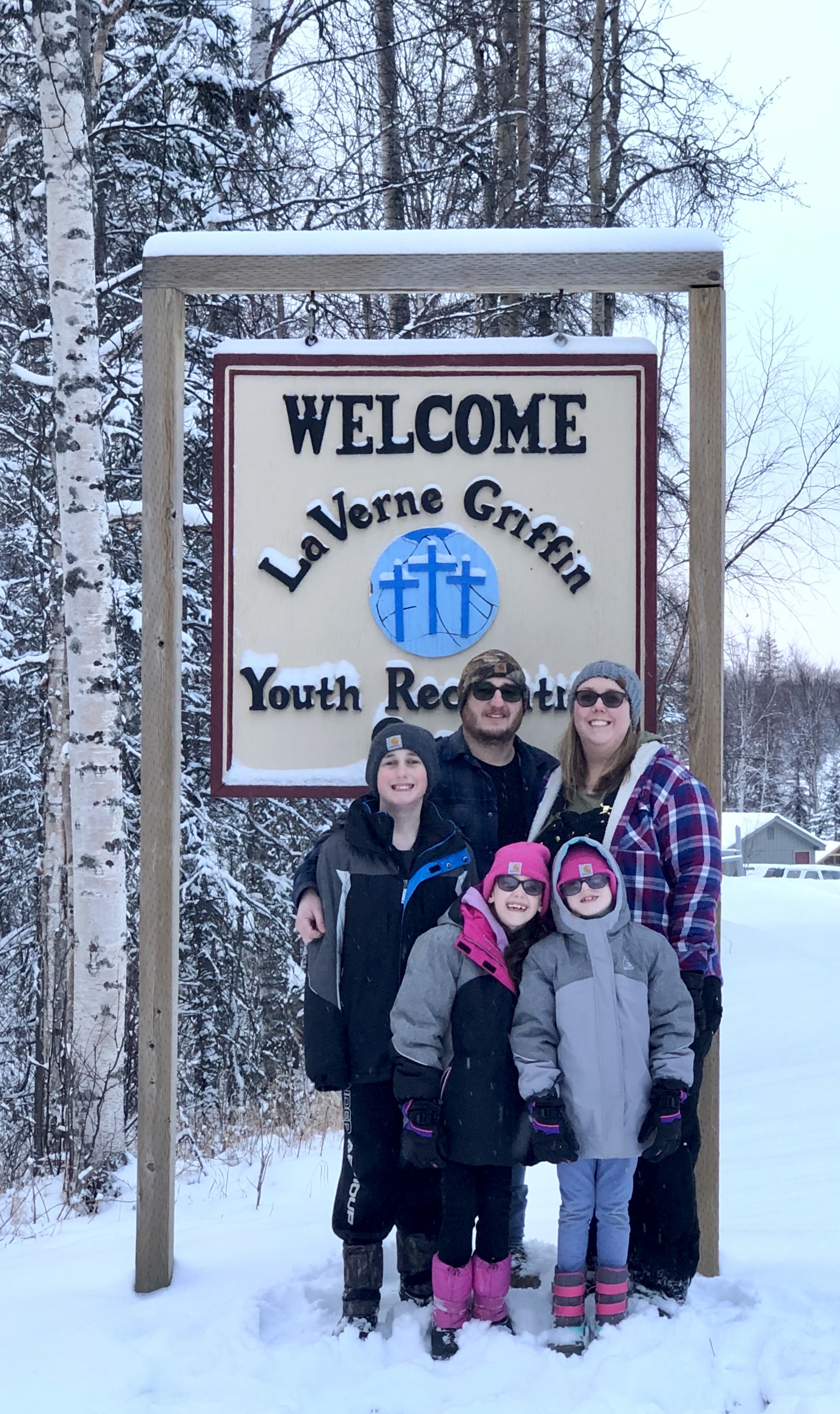 Tyler and Carrie became the Directors of LaVerne Griffin Youth Camp on January 1st, 2020. They have three awesome kids – Cason, Avie, and Macie, who love Alaska and all that camp life has to offer!

Tyler and Carrie were both born and raised in the foothills of the Appalachian Mountains in Northeast Georgia.  They met in high school, got married in 2005, and went into full-time ministry shortly after. Alaska and LaVerne Griffin Youth Camp has always been a huge part of their story. They first visited Alaska in 2007 when they worked at the camp on a mission trip.  During that trip, they both felt that God was calling them to live and minister to the people in Alaska.  Over the next 7 years, they continued to work with the camp during summer mission trips where Tyler helped facilitate and lead worship for X-Faith Youth Camp. Through close relationships made through the camp, Tyler and Carrie were presented with the opportunity to serve on staff at Christ Community Church in Anchorage as Worship Pastor and Children’s Ministry Director. The Canup family made the move to Alaska in June 2014. They had an incredible and very fruitful 5 years with C3AK and Tyler also served on staff as Site Director for GraceWorks Alaska during this time.

In 2019, Tyler and Carrie began to feel the call to camp ministry.  That’s when God began to move things into place for them to become the Directors of LaVerne Griffin. The camp holds a very special place in their hearts which gives them a distinct passion and vision for the future of LaVerne Griffin Youth Camp and to see kids, youth, and adults come into a personal relationship with Jesus Christ. Laverne Griffin Youth Camp exists to glorify His Name!